The Portrait, the Artist & the Patron 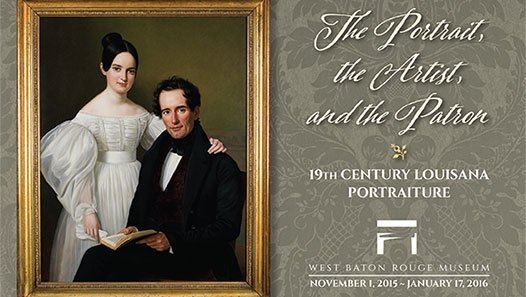 Portraits offer us a window into the past through the representations of those who inhabited earlier times. Portraiture speaks volumes to the artist's training and aesthetic, as well as to the patron's background and ambitions. The patron is important as it is he or she who chooses the artist and influences how the sitter is portrayed. For example, jewelry, high fashion, and fine wardrobe show a patron's wealth, while books or reading glasses are signs of education.

Photography from the 19th century is also included in this exhibit. The 1839 announcement of Louis Daguerre's breakthrough photographic method meant that portraits were available to the middle classes and to rural residents. Photographed portraits emulated the style and composition of the earlier painted portraits, and became increasingly important to families with the outbreak of the American Civil War.

While many of the European painters returned to their homelands during the war, photographers remained and captured numerous images of soldiers and loved ones back home. Artists and photographers returned after the Civil War and continued to fill the demand for portraits. The works of Achille Peretti, Ellsworth Woodward, and Selina Bres show an evolution in styles and themes of portraiture at the end of the 19th century.